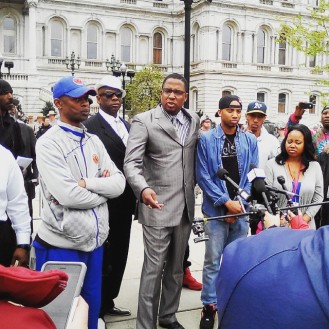 …and it was pretty chill, besides the presence of the National Guard keeping everyone on edge. I felt bad for those boys to be honest; they don’t really get to pick their assignments and many of them did seem to emphasize with the protesters, considering their ages and races. They wouldn’t talk to us however; Julian’s camera made sure of that. 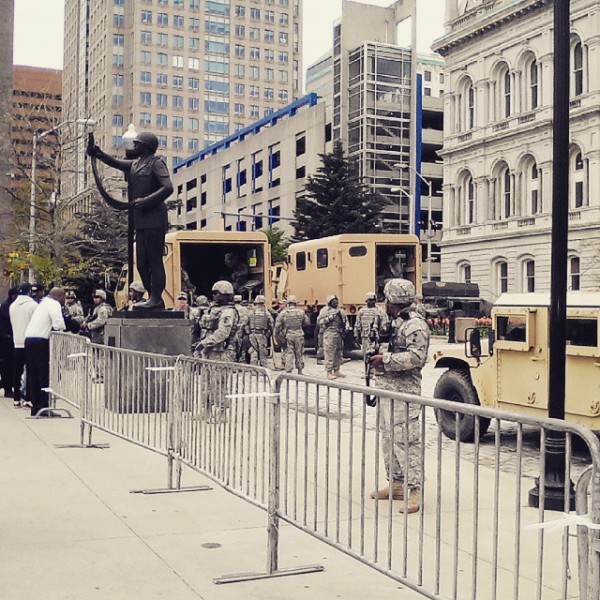 It was a celebratory day, and we thanked Marilyn Moseby roughly 8 times throughout the guided chants. All of the protests that day were fairly unobtrusive and very peaceful. We arrived at City Hall right after Moseby gave her announcement that the 6 cops would be charged and tried, so the hullabaloo was fairly big. There were still people walking around the area with signs that said that mayor Stephanie Rawlings-Blake was “dangerous.” They kicked out the Salvation Army for the protesters to gather, and a handful of people brought containers of water bottles to give out. 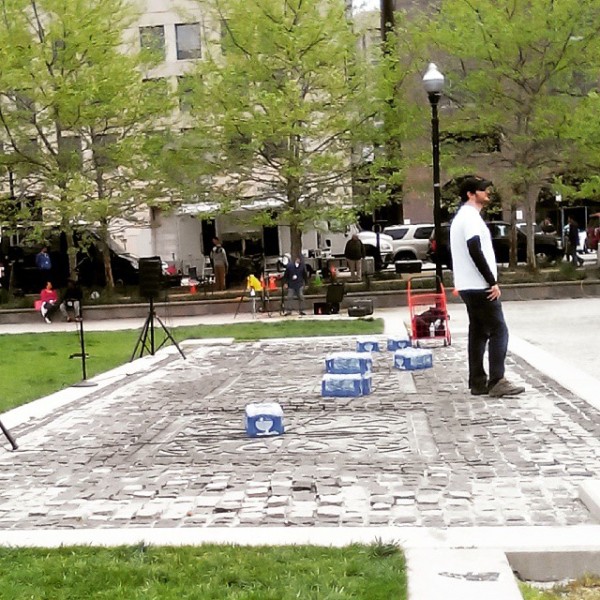 A Hispanic coalition, a Jewish congregation, and a union showed up to speak and support the protesters. Unfortunately, there were very few Asian face in the crowd, but to be honest, that’s what I expected anyway. In fact, there were so few that I was discovered and interviewed by CCTV America, and I hope to god they don’t air that footage. Not only did I feel put on the spot, I think I just made some shit up to tell them. It was uncomfortable to say the least.

Later after the organized rally speakers at 4, we surrounded Fox News and attempted to run them off, and when they didn’t leave, we took to the streets for a while, whole families marching in support. 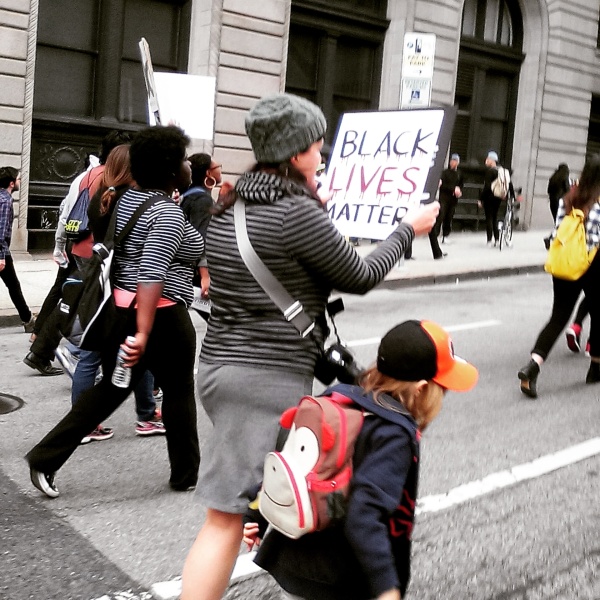 Unfortunately, very soon after that, my body started to give out and we headed home. If you were wondering why I don’t sound more excited, it’s because I have a fever. 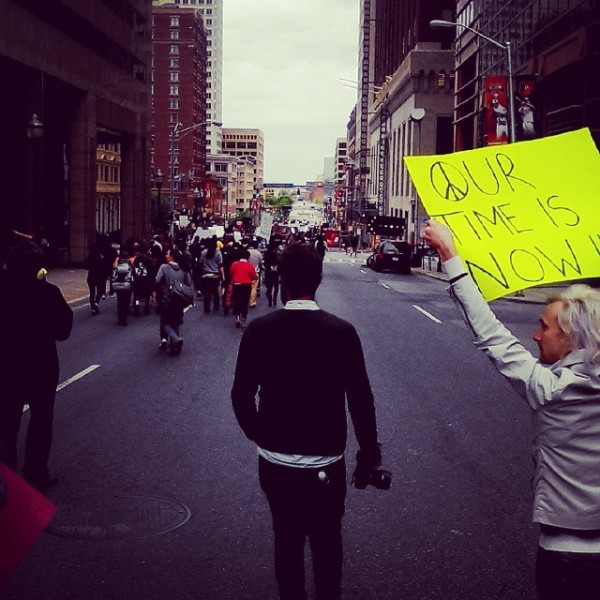