Subtitle: Maybe if I write this out I’ll take my own advice or something I dunno.

Take your frustrations out on this very heavy cube in Astor Place. Alcohol not included but semi-recommended.

Hustling is when you bust that backside and get things done in a fast-paced, excellent way, keeping up energy and pace while doing so. If you rode the New York City subway anytime during the warmer months this year, Vitamin Water had a whole campaign about their difference elixirs supporting your hustle. Casper mattresses support your hustle. In fact, I think the only services not promoting a hard working culture were like, the antisocial Seamless/GrubHub ads and the StreetEasy ads targeting gentrifiers but I digress.

I had discussed the possible closing of Pearl River Mart before under the guise of a fragrance review but at the time it seemed to have been a problem readily remedied by a venue hop, of which the company has had experience with, or just something else that would optimistically dismiss the possibility of the brick and mortar store just closing.

However, this move would prove not to be as easy or as viable as their previous jump, and it seems that there were no viable options for my optimistic heart to hold onto. News has come out that the huge, historic, ethnic icon is going to leave the scene permanently, though I’m not sure when. This was announced in December of 2015, and while I don’t think the store has closed down yet, I count the news as another one of 2015’s losses. A loss that implies a rapid dissipation, as the things that make up the NYC landscape will continue to disappear.

END_OF_DOCUMENT_TOKEN_TO_BE_REPLACED

Picture from the NYTimes article linked below

Drinking three glasses of champagne ‘could help prevent dementia and Alzheimer’s disease’
http://www.standard.co.uk/news/uk/drinking-three-glasses-of-champagne-every-day-can-help-prevent-alzheimers-disease-a3109626.html
The article has been amended to say that it’s three glasses of champagne a week, not a day! Which is good because I don’t think anyone was trying to push someone to expensive alcoholism in the pursuit of avoiding mental degradation. As someone with a grandmother with Alzheimer’s, and have a terrible memory in general, I feel like I should probably start drinking champagne just in case. Preventative measures and all. END_OF_DOCUMENT_TOKEN_TO_BE_REPLACED

Another down in the Village: Empire Szechuan Village is gone for good on November 1st.

END_OF_DOCUMENT_TOKEN_TO_BE_REPLACED

I’ve been indulging my fragrance hobby for more than a year now, but only fairly quietly in the safety of my own home and in the awkward embrace of the internet. However. This changed last Friday when I attended my first Sniffapalooza event; the free kick-off at Twisted Lily, my own local niche fragrance Mecca that I’ve purchased from before, but ever only online. The website’s treated me well though, some of my old posts like 6 Scents 6 Selves, my UNUM review, my Twisted Lily favorites review, and my Ineke A-H reviews were sourced from Twisted Lily (click on each word for a different Ineke review!)

END_OF_DOCUMENT_TOKEN_TO_BE_REPLACED

This new campaign of H&M’s is pretty insane if we’re looking at where the fashion industry, where the people featured in these series are either considered “fringe” or not considered at all. Beyond Mariah Idrissi’s hijab, the video features a young man wearing a simple pencil skirt, full-blown cross-dressers, Japanese lolita dress, traditional Japanese dress, Sikh turbans, mouth guards, a sheikh, and an amputee boxer.

Personally, having attended one of the most diverse universities in the world, where I’ve fostered friendships all across the board, and where the Muslim Girl blog got its beginnings, I actually think there are other characters way more interesting to me. I’d like the US to stop being so surprised that people who look and dress differently exist within their worlds, and I honestly thought we were getting somewhere with Muslim and Sikh dress, but I guess that’s just within the bubble of my university life and my friend group. Figures.

One thing that surprised me a little is that Elnaz Barari maintains that H&M does not take political or religious stands; unfortunately for Ms. Barari, the H&M’s board, and Ms. Idrissi, this, and everything else they’ve been doing to create a sustainable business model, is a political stand. Showcasing fringe and saying that everyone is welcome is taking a stand. At least according to conservatives it would be. And so here we are, where “It might be because hijab fashion has boomed in the last few years and to finally see a hijabi in mainstream fashion is a big achievement.”

END_OF_DOCUMENT_TOKEN_TO_BE_REPLACED

On Tuesday night, I got to see my favorite music group and Ed Sheeran on stage together (for like $35!) the other night which was all kinds of amazing. 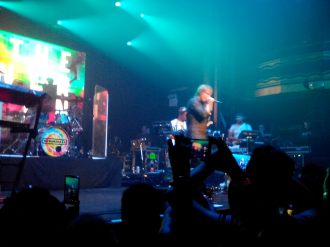 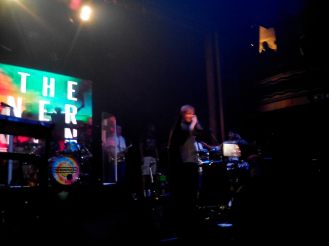 END_OF_DOCUMENT_TOKEN_TO_BE_REPLACED

Introducing Deirdre Clemente, a historian of 20th century American culture at the University of Nevada in Las Vegas! Her research focuses on fashion and clothing and the patterns and trends she’s followed are really interesting. She did an interview with Robert A. Ferdman of the Washington Post and it’s really educational. For example, individuality is obviously a big part of today’s culture, what with the lower barrier of entry for startups and freelancers and the acceptance of some more counter-culture type groups. In terms of clothing choice is more important than ever, and something that is no longer class-restricted.

END_OF_DOCUMENT_TOKEN_TO_BE_REPLACED

The return of my mother and my brother from their time in Hong Kong, my productive breakfast at Lole Atelier, and a 5 minute conversation with a really nice dog owner with a 4-month-old black shiba puppy has been rejuvenating in a way I never really seem to expect, which is good, since it wouldn’t be so effective if I expected it to happen.

END_OF_DOCUMENT_TOKEN_TO_BE_REPLACED

That’s what I did today with Mr. Chokkattu.

Recipe from the SORTED boys, whom I met the other week when they visited NYC for the Today Show, cheerily enough. I think I love them more now that I’ve met them. They’re a little shorter than I thought they would be, but at 5’1″ that’s not really a thing I can get hung up on, haha. This one’s my favorite picture. Credits to Mr. Chokkattu, linked above.