my favorite music is the kind that plunges you into the water and forces me through a tunnel,
funneling you into a pool of sharded light that opens up for only me
broken and splintered in parts, and threatening to fall apart on you, but holding itself
together for my flight
or your descent
or my descent

and lifts you by the chest

to throw me into the ground.

Finally! all of you who actually read my blog say. Or oh it was three days instead of two I guess that’s nice. maybe. Regardless, last day! 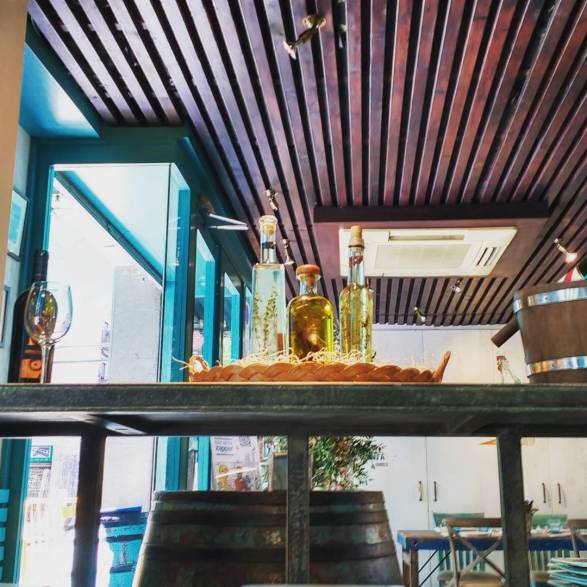 END_OF_DOCUMENT_TOKEN_TO_BE_REPLACED

I’ll preface this to say that when Mr. Chokkattu got Every Storm a Serenade in the mail, it also came with Cape Heartache and Yesterday Haze and Yesterday Haze had leaked all over everything. Mr. Chokkattu, who is not a big fan of fig, was not pleased and we tried to scrub it off our hands and off the other bottles and were unable. The other samples still smelled ostensibly like Yesterday Haze for a whole week, and it stuck to our hands for hours afterwards. Mr. Chokkattu also reported his clothes smelling like it the next day. So for all of you that really like fig and woods, but were concerned about longevity, don’t be. Yesterday Haze is a great fig. Get a bottle, have fun.

END_OF_DOCUMENT_TOKEN_TO_BE_REPLACED

Here comes installment two! In my previous post about Imaginary Authors, I decided that for these fragrances I would do something different and write some short stories based on what comes up when I smell them. These stories are based on a vigilante concept that Mr. Chokkattu and I discuss whenever someone who’s a waste of space shows up on the news, and the style hopefully smacks of Brandon Sanderson as well as a tiny hint of Haruki Murakami perhaps. Hope you enjoy!

A fellow smelly had done a review of what they got from the baby company (May 2014!) Scent Trunk in a Youtube video a few weeks back, so I decided I’d try it out! I’m a sucker for the niche and the indie, and I was excited when the box got here so quickly after only about a week’s time. My referral code is 8522, or you can click here to sign up.

I did have a few technical difficulties regarding the site, but their customer service (aka Will Yin, who is also CEO; love that entrepreneurship) cleaned that up quickly, and I can see that they’re still going through a few design transitions, which doesn’t bother me at all. I kind of feel like they sent me the regular starter pack though; two of the fragrances sent to me were on their back-to-school blog post, and while that is admittedly my demographic, it’s not as though this was my first foray into niche fragrance. (I’m about to get to reviewing the glut of Imaginary Authors samples I have by the way!) But I mean, it’s not as if they knew that, and I haven’t tried any of the brands they sent, so that’s definitely a plus.

They did send Mr. Chokkattu almost explicitly feminine and floral scents though he ordered unisex and I helped him move his sliders to where we thought we’d get something in his ballpark of woody and oriental, so that was rather strange.

However, I’m holding on until the next box at least! Hopefully it works out a little better. On to the reviews!

END_OF_DOCUMENT_TOKEN_TO_BE_REPLACED

Check out this wonderful video Mr. Chokkattu made of our time in Iceland!

Both Jonsi’s Helmgilas and Phoenix’s Love Like a Sunset were songs we played over and over driving through the country and I think Iceland’s beauty can really only be underlined by someone from there. We both miss Iceland dearly, and personally, for me this video is a tribute to happiness.

Review’s at the bottom! I got a little carried away with the opinion part.

Florida was a fun find while browsing NYC’s famous (opened in 1971) Pearl River Mart before its depressing brick and mortar close in December because of a giant rent hike at the end of this year’s lease. Pearl River Mart houses tons of Asian/Chinese clothing, plateware, mugs, teapots, cooking utensils, chopstick designs, a small selection of instant noodles, various sauces, and Asian snacks, as well as a tea balcony, a bunch of random knick-knacks downstairs, and plants.

END_OF_DOCUMENT_TOKEN_TO_BE_REPLACED

I said I wouldn’t make a directly Iceland related post, so this post is not about Iceland (though I am absolutely going to use a ton of the same tags.) Instead I wanted to make a little tribute to my level-headed and adorable travel mate, Mr. Chokkattu.

In the kayak, Seyðisfjörður

Not only was it his idea to go to Iceland despite my original hesitation and ignorance, he helped make the trip worthwhile by being his kind, patient, sweet, wonderful self.

However. That’s not quite all he did…

END_OF_DOCUMENT_TOKEN_TO_BE_REPLACED

This will be the second to last post about the most beautiful and refreshing place I’ve ever visited. I will miss a number of things about Iceland, which I will enumerate in my last post, but can be summed up as: how the hell did this little island slip my travel plans. It was only because of Mr. Chokkattu that I thought of this place at all as a potential destination and that’s insane to me now.

We filled our last full day in Iceland with Snæfellsjökull and rounded the trip out back in Reykjavik at the Settlement Museum before we bid the country adieu the next morning. My last glut of pictures, 60 altogether:
END_OF_DOCUMENT_TOKEN_TO_BE_REPLACED

After the mild debacle the other night, we woke up bright and early and headed to Myvatn under the advisement of the two young women we had met the day before even though we had planned to skip it because of the time we lost. Also as a result of the night before and how lovely and helpful everyone was, we decided to pick up two hitchhikers heading to Dettifoss as we were going to drive in that general direction to Myvatn anyway.

They were a couple that met in Sweden at a landscaping and architectural school, a young man from France, and a young woman from the Czech Republic and beyond comparing our experiences in school (it costs too much, and you learn way more working) and discussing summer employment in Iceland (they both worked at Jokulsarlon, him a boat guide, and her a waitress at the cafe), they recommended us head to the Nature Baths in Myvatn, which is similar to the famed Blue Lagoon except much less expensive.