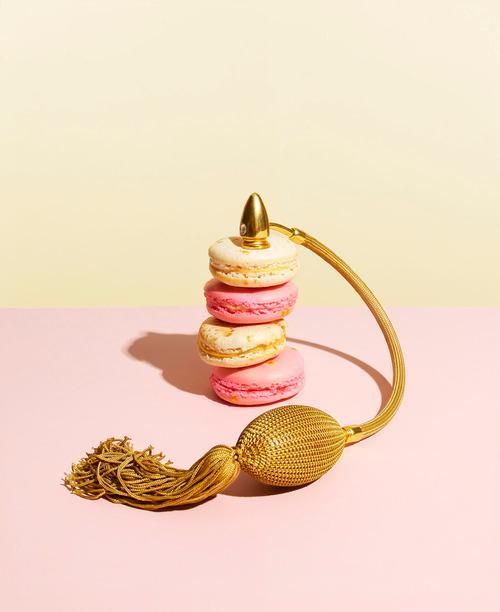 You might not know the term, but everyone’s smelled a gourmand before. Just step into Bath and Body Works for titles like “Warm Vanilla Sugar” and “Winter Candy Apple” to get a sense of the category. Gourmands are fragrances reminiscent of sweet foods, like desserts.

This category is still a fairly tween/teenager-run show, but I haven’t necessarily seen a big change in what people like as I’ve gotten older. Now I buy Philosophy gifts for my friends instead of Bath and Body Works sets, but they still have names like “Vanilla Birthday Cake”, “Almond Glazed”, and “Sugary Cinnamon Icing.”

“Incorporating flavor ingredients into body products has accustomed the customers to very sweet scents in their shower gels and body lotions,” Vosnaki says. “[That makes] them positively disposed to finding similar notes in their fine fragrance.”

But I guess that’s why they’re great gifts.

“They’re ‘easy,’ they’re crowd-pleasers, and women have heard that men’s favorite scent is pumpkin pie,” Herman says. “So they think if they smell like one, it will have the men lining up.”

Last summer’s popular girls, Marc Jacob’s Daisy and Honey both have honeyed notes. My roommate last year was stuck on Prada’s Candy, which was sticky-sweet cotton candy with a background of florals. Thierry Muegler’s Angel, now a chocolatey-caramel covered melange of fruity and creamy (according to the internet, and apparently it hasn’t always been so), has been popular for a couple years now among the young, female population. Hanae Mori, a sugary, juicy berry pie filling type of perfume (according to me), has also been asserting itself among the luxury brands like Prada, Chanel, and Gucci on the department store shelves.