I have a feeling that many a person is going to disagree with me on this very vehemently.

Ah, well. Can’t be worse than my Valentino Uomo review! I’m honestly feeling particularly grumpy because I’m in pain at the moment for full disclosure, but I don’t really think being in a better mood would really effect my impression on the fragrance.

Sometimes though I do wish I had dedicated a little more time to the fragrance before writing; I don’t absolutely dislike Uomo, for instance, on myself anymore, and now appreciate the sweetness and syntheticness (and I promise, that wasn’t a sarcastic statement.) This time, I’ve put on Le Male twice now over the past few weeks and spritzed my boyfriend with it, so I think I’m as warmed up to it as I could be. 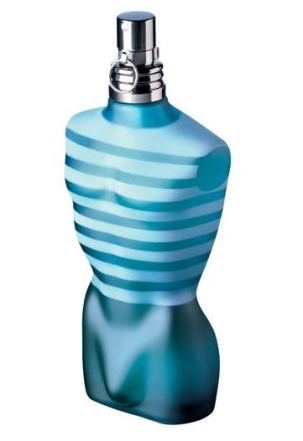 Pepsi? Pepsi. Vanilla Pepsi–no, Pepsi Jazz or whatever. Pez. (American) smarties. back to vanilla Pepsi with smarties dissolved into it. Candy hearts? Violet. Tonka bean. Amber? Let’s go with amber. Breaking down the Pepsi, maybe bergamot, nutmeg, cinnamon, cardamom? Is that what’s in Pepsi? Also, what does artemesia smell like? Is that the secret to the flavor of colas? And Christ, it’s so sweet and so…powdery. I don’t understand how this is a guy’s fragrance. It smells like an old woman’s candy bowl. I even get a hint of ozone that’s coming across as just dust. Even gives me a slight urge to cough.

Reading some of the comments on Fragrantica leads me to believe that this is a reformulation issue; which is fine, but it also means that this is what’s on the shelves which is unfortunate. Apparently I’m also the only one who gets violet. It’s just too powdery to be lavender. Sniffing it again, it might might might come through on the backend with the rest of the spices but not really. I really just can’t get over how dusty this is.

I made my boyfriend try it on when we first got it, but like with Uomo, he didn’t take to it at all. Too sweet, powdery, not much depth. I didn’t like it on him either; it came off waxy and like old makeup. I’m not sure who could wear this (though apparently everyone wears this) but you also need to be really into wearing bright, pastel colors and crew neck sweaters.